Get the latest videos on tips, tools and techniques for the professional windshield repair technician.

Shortly after its introduction in December 2012, the Ignite LED UV Light became a Delta Kits best seller. Although extremely popular from day one, improvements have been made to every new run of this tough little light, some quite subtle, and others immediately noticeable.

One of the most recent improvements has been the upgrading of the Light Emitting Diode (LED). If you have used other LED curing lights in the past you are already aware that the Delta Kits Ignite performs significantly higher than any competitively priced product.

However, if you purchased an Ignite six months ago and another one recently, you have likely also noticed that the latest version is even more powerful than the original and that the visible light is no longer as “blue” as the visible light produced by the previous models.

Rest assured, the color of the visible light in no way hinders the curing time. In fact, the new Ignites cure faster than ever. However, we have received a few calls from customers concerned that it is not as easy to aim the white light as it is the blue light because the white light is harder to see in the sunlight.

We did not alert customers to this change because we did not view this as a problem in our pre-sale testing of the upgraded LED. The Ignites are selling so fast that we only have a limited supply of the original “blue” Ignites left in stock. If you are planning to purchase a new Delta Kits Ignite LED UV light but prefer the blue visible light, please call in your order and specify the “NO LOGO” version or “BLUE” version and which accessories you want with your purchase. ACT now while supplies last! 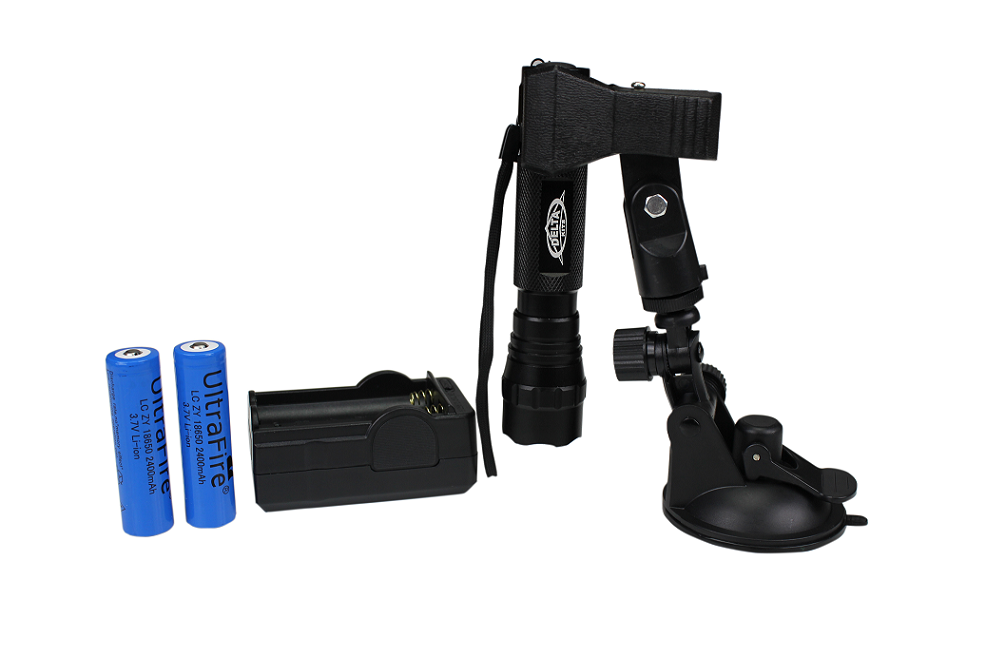